There is a massive Easter egg right at the start of Blade Runner 2049.

Almost all reviewers and casual watchers have missed it so far. I only noticed it as I happened to watch a ‘making of’ Blade Runner last week (filmed for the Final Cut version of the DVD). It told the highly turbulent story of how the film came to be. Part of it described three different beginnings. One of those not used, was the very start of Blade Runner 2049, every painstaking detail of that original opening was recreated exactly as the writers described it from more than 35 years ago.

Why is this important, if most of the audience is not aware? To me, it showed the extreme level of detail that the new film has gone to.

My relationship with the original Blade Runner is a complex one. It seems I’m not that alone in this view.

I didn’t like the original. Indeed, I’d almost go as far to say that I thought it was a terrible, ugly film with no redeeming qualities.

At the time I first saw it (and for a long time after), I understood sci-fi films to be space ships, alien planets, stars and lasers.

This film was on earth. It was so dark and bleak that it was depressing. The rain was continuous. The city manic and claustrophobic. The corporate advertising intrusive. The heavy Japanese and Chinese elements were confusing and seemed out of place in what was LA then. The flying cars were cool – but aren’t they always? Everything else was simply rubbish.

Over time, I have witnessed how far ahead of its time the film was. Films today copy heavily from its style and tone. Blade Runner was there first, it is easy to see this with the hindsight of 35+ years.

So, it was with great trepidation that I heard they were making a new film. It was reassuring that Ridley Scott would be involved and that Harrison Ford would be coming back. Less comforting was the fact that Ryan Gosling would be the main focus and Roy Batty wouldn’t be coming back from the dead.

So… was the new film any good?

Damn, yes! It was visually stunning. It was breath-taking in its scope. It was far, far more believable and immersive that the original. I watched it in IMAX 3D and it was a glorious use of the technology. Fellow opening-night cinema-goers had popcorn jumping up and down around them from the continual vibration of flying cars, gunshots or unknown whirring sounds as Gosling sulked through the hologram-soaked streets.

I won’t give too much of the plot away, but it’s no great secret that Officer K (Gosling), is s Blade Runner. This time there is no doubt that he’s a Replicant, they deal with this early on.

Throughout the film, you’ll be treated to film that is also a piece of moving artwork. You’ll find questions on what it means to be human, questions on meaning of reality, the ability for humans to become gods, the loneliness of living in a megacity, the way we treat those seen as different to us, the relationship between ‘civilisation’ and slavery, the meaning of love and a thousand other things.

I’m not writing this as someone who is a film critic. I’m writing this because I now understand how much the original film, and all of the things it has influenced, have influenced my own writing in some way. How near-future is about the scariest and most inspiring place there is in writing. How we walk blindly into futures that we are not prepared to deal with. How we evolve as a species and civilisation, while the margins of society become more detached and dis-empowered from the politicians and wealthy decision-makers.

It’s hard not to draw parallels between the original and the new film.

Is the new film as good? No… technically, and on almost every level that matters, it’s infinitely better.

Will the film have the same long lasting impact? Possibly, but this might be diluted by the hint that there is at least one more film to come. However, I suspect that we’ll be looking back and praising it still in decades to come as it deals with themes that will become more important to our world.

One thing is for sure, the world of advertising and corporate machines knowing our every detail and being integrated into our very existence has never felt more real. Kudos to Mr Scott for seeing that one coming.

Aside from the breathtaking visuals and sound, the casting and performances were spot on. Much of the praise will go to Gosling and Ford. However, there were incredibly moving and powerful performances from Sylvia Hoeks, Ana de Armas and Robin Wright. Although only in it briefly, Dave Bautista, was a joy to watch too. 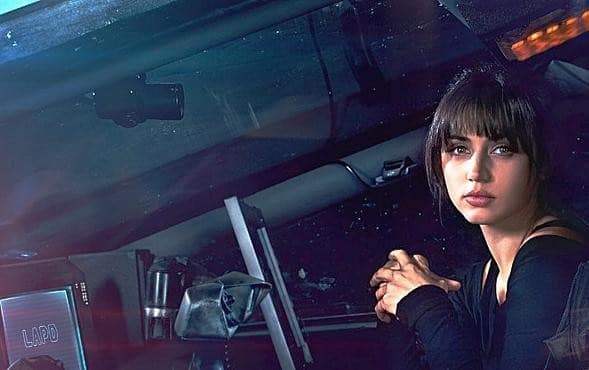 Go see it. Even if you didn’t like the original (or have never watched it).

It’s long and if you want kick-butt mindless action, then have lots of fun watching the latest instalment of Thor.

So this won’t be for everyone. It’s more than just a movie. It’s a work of art. It’s a statement on humanity. It’s a question of ethics and the choices we’ll be forced to make, often without knowing the consequences. It’s a scary tale of many things that could yet come to pass.