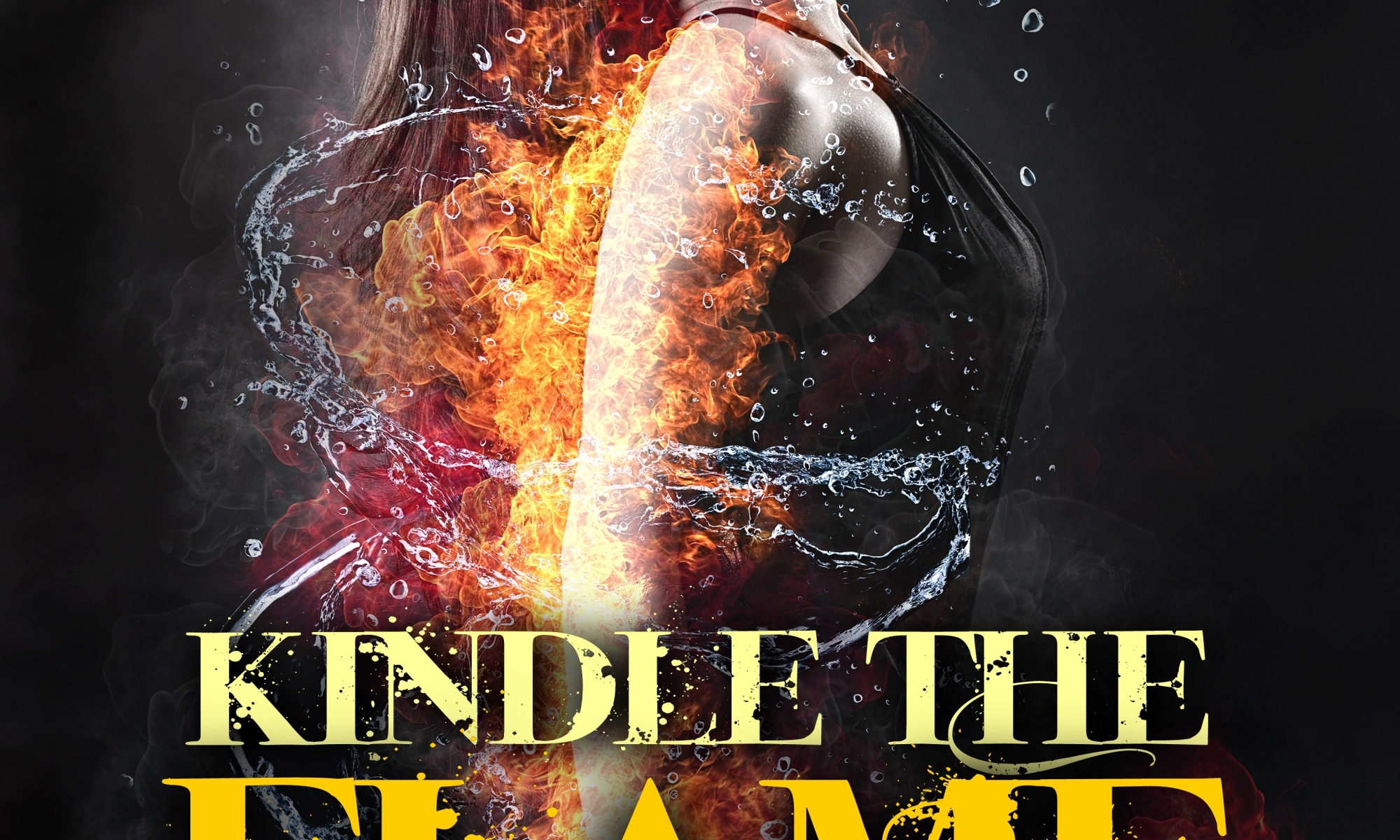 A few months ago, I got word of the greatest gift any writer can be given.

No, it wasn’t a mega-bucks contract and a film deal. For those things are not really important. This was magnatudes more precious to me.

Someone who I hold in the highest regard (both as a friend and incredibly talented writer,) asked if she could use my work as an epigraph at the start of her new book.

Her name is Tamara Shoemaker, she has written many wonderful things, but this was something new and exciting for her.

This is taken from the book cover:

“A girl who never fit in, a young man forced into an outcast’s life, a boy raised without a community, and a ruler who holds the key to their destinies…

Kinna has a Pixie she can’t train and a head full of doubts. Her worst fears come true when she fails the Tournament entrance test. She flees her Clan in disgrace, inexplicably drawn to a Mirage, a rare Dragon she has no business training.

Ayden is cursed—anyone he touches turns to ash before his eyes. He hides amongst the Dragon Clan with the only creatures he cannot hurt. When Kinna frees his favorite Dragon, his world turns upside down.

Cedric grows up in isolation, fostered by an outcast Centaur. When tragedy strikes, he ventures into a strange new world of Dragons, political intrigue, and magic.

Sebastian’s country hovers on the brink of war. Chased from his rightful throne, he schemes to retake his kingdom by any means possible, even if it threatens an ancient agreement that underpins the foundation of his realm.

Only by examining their pasts will these four find their futures.”

I was very fortunate to be able to catch up with her and ask her some probing questions about her new book, Kindle the Flame.

I know you are incredibly excited to be visiting this genre again. Please can you tell us why?

The first four books I wrote were mystery/suspense books. I’ve always enjoyed that genre, and I seemed to have a gift for unexpected twists in the plot, which fit right in. However, as a life-long fan of Lord of the Rings and Chronicles of Narnia, and then later, Harry Potter and The Hunger Games, I came to appreciate the unfettered imagination—worlds that work because you say they work, magic that moves because you’ve made it materialize, languages that linger because you’ve labored over fabricated lexicons and lingo. I’m not bound by the strictures of the world in which I live; I can move through other worlds and create or curb as I see fit.

Some people love dragons in the same way that some people love football. Given this might not appeal to all, can you explain, in less than three minutes, why folks that don’t like dragons should buy the book?

I’m probably opening myself up for attack when I say that I don’t really like football. Scratch that—I love soccer, but not American football (as an American, I feel like I need to make that distinction). That said, I glue my eyes to the television every time the Super Bowl rolls around. Why do I torture myself this way? Because even though I don’t like the game, I love the things that make the Super Bowl what it is: Food, friends, commercials, half-time show. All that to say, you can always find something you like, even if you don’t like the thing itself.

Does Kindle the Flame include Dragons? Why yes, it does. But it also contains an entire roster of mythological creatures, romance, power struggles, finding one’s niche in the world, adventure, intrigue, and mystery. I like to think there’s something in this book that nearly everyone can relate to, even if fantasy isn’t necessarily their genre of choice.

They say to write what you know, but this is not always possible. Please can you tell us how you’ve drawn inspiration from the world you live in to craft a new vibrant world from scratch?

This sort of weaves into my answer above. Living in the world we do, I don’t meet up with Dragons and Pixies and medieval royalty on an everyday basis. I use a Kia minivan instead of a horse to transport me from place to place. I have a washing machine where I do my laundry instead of a river, and you won’t find me spinning thread from sheep’s wool on a spinning wheel very often.

However, in this world, I’ve familiarized myself, either first-hand or as an outside observer, with the struggles of a teenager who comes of age, with the cries of a child who feels trapped and alone, with the heady feeling of power that comes from domination, with the confusion and angst of teenage romance. All of these things, I’ve incorporated into my world, because I’m not only an author—I’m a reader, too, and I want to relate to the things I read.

The fantastical world around these issues is simply a bonus. 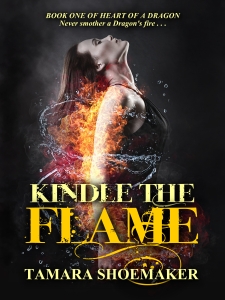 My spies tell me this is the first of a series. Can you give us a brief teaser of the exciting things you have in store for us?

Your spies are correct; you should give them a raise. Yes, the plots of these four main characters will continue on in book two and three of Heart of a Dragon trilogy. I’m currently working on the first draft of the second book, in which there will be more Dragons (for you fantasy lovers), at least two love triangles (for you teen romance readers), an evil king that only deepens his depravity (for you literary fiction bunch), an entirely new continent (for you lovers of the maps at the front of all the fantasy books), and a fabulous twist at the end (for the mystery lovers). I’m so excited to see it come together, and I hope you will be as well!

Finally, this isn’t really about me, but I couldn’t resist sharing the photo with you as it was such an incredible gift.

Thank you so much, Tamara. 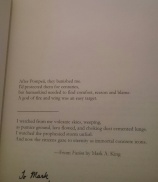 Tamara Shoemaker lives in the Shenandoah Valley of Virginia with her husband, three children, a few jars of Nutella, and a never-ending carafe of coffee. She authored the Amazon best-selling Shadows in the Nursery Christian mystery series and Soul Survivor, another Christian mystery. Her fantasy books include the beginning of the Heart of a Dragon trilogy: Kindle the Flame, as well as the upcoming Guardian of the Vale trilogy.