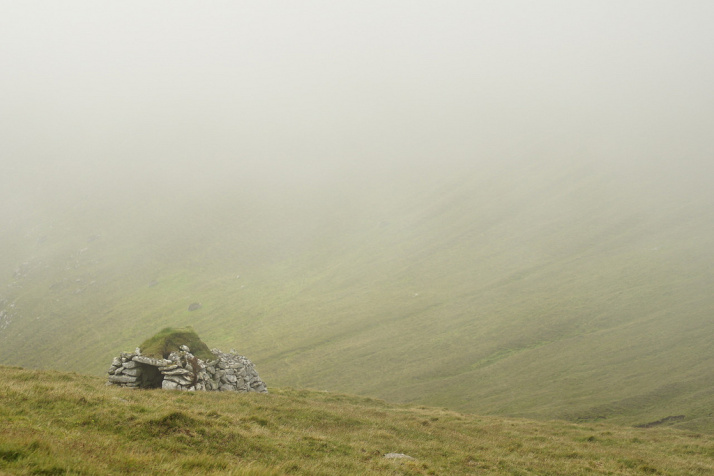 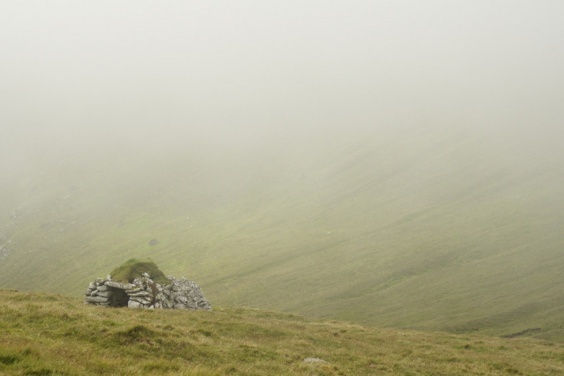 After Pompeii, they banished me. I’d protected them for centuries, but humankind needed to find comfort, reason and blame. A god of fire and wing was an easy target.

I watched fertile land birth a thriving city. I watched the sins of greed, the exchanges of coin for touches of flesh, and choice of ignorance over the obvious.

I watched from my volcanic skies, weeping, as pumice grinded, lava flowed, and choking dust cemented lungs. I watched the prophetic storm unfurl. Now they gaze, in surprise, as immortal concrete icons.

The survivors drove me to the isolated cold, believing I could do no harm here. From St Kilder, I witnessed the same mistakes of ignorance. This time, death from starvation and disease. Distended bellies giving fleeting life for tetanus take it back – infected knives ripping at umbilical cords.

Not today. For this child, born under the sky of shimmering stars, is under my protection. I will call her Stella.

The task this week was an interesting one. A few days before I know Stella (a Flash Friday regular/Top Twitter bud/great writer/occasional ghost) wouldn’t be joining the fun – so I said I’d include a character named after her. So, I had started thinking about the task beforehand and decided to include a dragon and a baby.

The task photo came along and the baby element – then everyone was given the Stella extra challenge.

This was one of those occasions I relished the writing. I didn’t struggle with it.

Recently, I’ve been (mostly) pleased with my stories at Flash Friday but it had been a few weeks without any mentions, so I decided to go back to more powerful and dark writing rather than clever twists or turns.

It was a very difficult week for me personally and it involved significant travel, limited access and emotional circumstances – so writing this, reading others and generally interacting were very difficult.

When the results came in – I bagged a 1st runner-up place (2nd place out of 71 entries is a great achievement and I was delighted especially given the unbelievable quality on show every week).

Here are the judges thoughts…

“After Pompeii.” This story contained some beautiful language, used to great effect. One of my favourite lines was, “I watched the sins of greed, the exchanges of coin for touches of flesh, and choice of ignorance over the obvious.” This could just as easily be describing a modern day city, but in this case it is the doomed city of Pompeii. This single line captures the essence of an entire tragedy and how it came to pass.

That tragedy itself was described just as powerfully, as “lava flowed, and choking dust cemented lungs,” our narrator watches from the skies, powerless to help. When the dust finally settles, the survivors look to place blame and “A god of fire and wing was an easy target.” Of course mankind would have been better off taking a closer look at their part in the proceedings rather than blaming the poor old Dragon! {Editor’s Note: SERIOUSLY! Time and again!}

The banishment to St. Kilda initially looks like an improvement, a chance to start over, but unfortunately one set of problems has been traded for another. This time it’s “Distended bellies giving fleeting life for tetanus to take it back – infected knives ripping at umbilical cords.” Mark again does a wonderful job of conveying a terrible reality in so few words. The difference this time is that our narrator refuses to idly sit by; instead, he adopts a baby girl and brings her under his protection. It is left up to the reader to decide just what this entails, but I like to think that the dragon decided if he can’t save them all he’d at least save this one. It’s both an admission of defeat and a last glimmer of hope, a great way to wrap up this moving tale.”

Some of the most insightful and thoughtful judges comments I’ve had back – thank you so much Craig!

(Just in case you’re interested – In my head the dragon was a her).